France manager Didier Deschamps has stressed that Paul Pogba needs more game time at Manchester United if he is to reach his best level.

Pogba has remained a figure at the centre of attention throughout his time back at Old Trafford. However, his situation has attracted significantly more opinions since the start of last season. He struggled with injuries and form, before contracting coronavirus in the summer. Therefore, he admitted that he went through one of the toughest periods of his career.

Nevertheless, he remains a key player for his country and one whom Deschamps wants to rely on.

But the France boss insisted in November that the midfielder needs more game time, citing his excellent display in a match against Portugal.

Pogba recently returned from a thigh injury and played in France’s 1-1 draw with Ukraine.

Speaking to reporters at a press conference, though, Deshcamps insisted that the midfielder will not reach his best level for France unless he holds down a regular role at Old Trafford.

“He is not at his best, obviously. On his entry against Ukraine, it also coincided with a period where the French team was not playing well,” Deschamps said (via Goal). 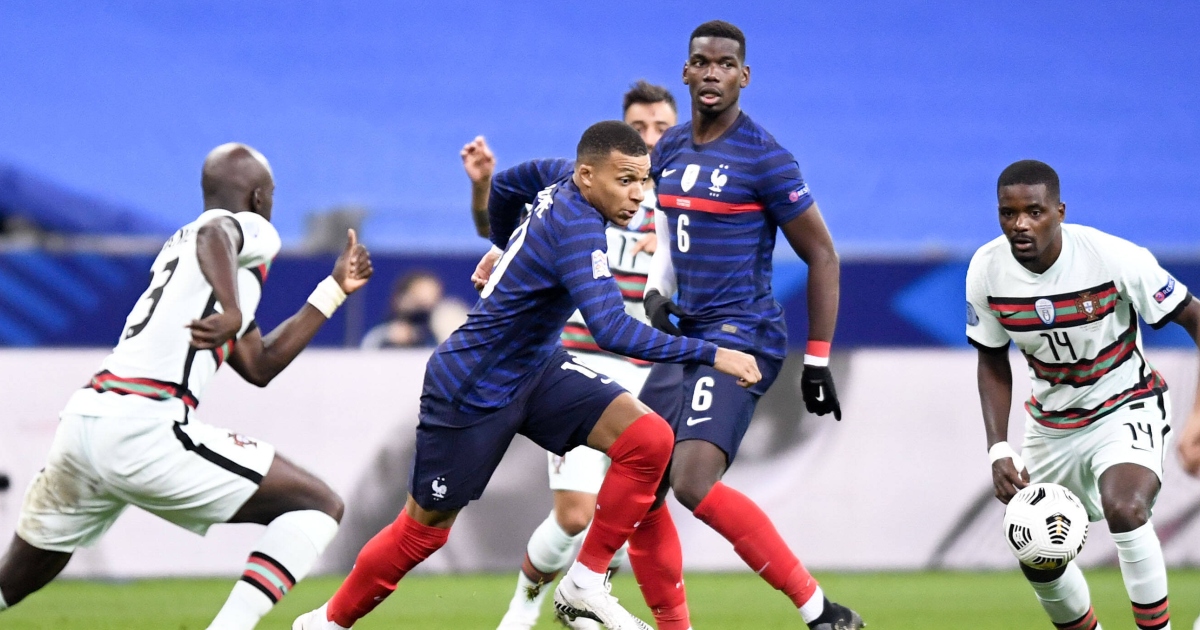 “These 30 minutes are good for him. Like any player who returns from an injury, it will take time.

“The situation in November, he came with little playing time, it did not prevent him from making a great game against Portugal.

“He needs game time to perfect his physical condition.”

Pogba had become a central figure for United before he encountered injury in February.

He played 12 times in a run of 14 Premier League games, completing 10 90-minute stints in that time.

Furthermore, he chipped in with two goals which won the Red Devils six points in matches against Burnley and Fulham, respectively.

He also made an immediate impact on his recent return, netting the winner in the Europa League tie with AC Milan.

United return to action next Sunday when they play Brighton at Old Trafford.