Harry Maguire feels back to his best after a difficult start to the season for club and country, with the England defender excited by the progress being made by Gareth Southgate’s side ahead of the Euros.

Five years on from going to the finals in France as a Three Lions fan, the 28-year-old Manchester United skipper is heading into this summer’s rearranged tournament as an established member of the squad.

Maguire starred in England’s run to the 2018 World Cup semi-finals and became the world’s most expensive defender when joining United from Leicester the following year, leading to increased scrutiny on and off the field.

A high-profile Greek court case during a truncated pre-season appeared to impact the defender’s performances, with poor club form continuing on to the international scene when Maguire was sent off in October’s shock 1-0 loss to Denmark.

But Maguire has rallied impressively and the United skipper believes a strong mentality has been key to bouncing back.

“I’m really happy with my own form,” he said. “Obviously staying injury-free has been a big plus for me for this year. I’m happy with my game at the moment.

“I think in a football career you have so many ups but you have a lot of downs as well.

“I felt like I’ve done that this year, which I’m really pleased with myself (about).

“But it can be a tough game at times. When you’re losing games it’s not nice and when you’re conceding goals, especially as a defender and you’re playing for Manchester United, you’re under scrutiny.

“You’ve got to work hard, believe in yourself and keep working hard on the training pitch. I feel that’s what builds the confidence back.”

Maguire back for Albania clash

Maguire was rested for Thursday’s 5-0 cakewalk against San Marino and is in line to start in Albania on Sunday as World Cup qualification continues.

Memories of the run to the 2018 semi-finals of that competition remain fresh and Maguire believes England have kicked on since then.

“I think over the three years we’ve developed,” Maguire said. 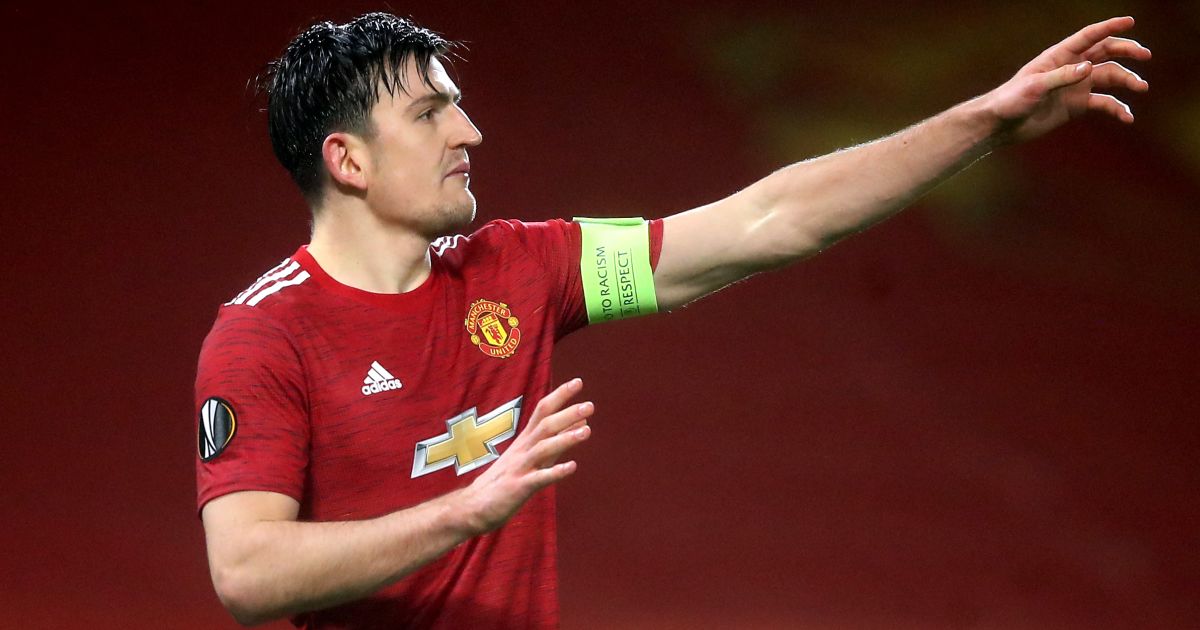 “We’ve worked more tactically and the experience of the big tournament, and the highs and the lows, and obviously losing the semi- final.

“We’ve got to take that experience into the coming tournaments. I’m sure it will help us.

“Yeah, of course, as a player and as a team and individuals and tactically, three years is a long time to develop and, yeah, I’m sure we have developed in a positive way.

“I think (the new faces), first and foremost, have brought a lot of talent.

“They’re all good players technically. They’re all playing really well for their clubs and if you’re not playing well in your club game, you don’t get the opportunity to play for your country.

“You play week in, week out for an opportunity to come and represent your country and everyone who’s involved in the squad deserves that.

“For sure it brings a lot of talent to the group, a lot of competition for places, and you know you can’t settle. You’ve always got to push for more.”