Manchester City have been boosted in their pursuit of Romelu Lukaku after it emerged that Inter Milan are eyeing one of their own strikers as a replacement.

City are looking for a new striker for next season as Sergio Aguero is approaching the end of his contract. Lukaku has proven himself again in Italy after a mixed spell with Manchester United and now Pep Guardiola could try to lure the Belgian to the other side of the city.

Lukaku was Inter’s top scorer in his first season in Serie A and looks on course to record the same achievement this season. What’s more, he could help Inter to a first Serie A title in over a decade.

However, despite things going well for Inter on the pitch, the same cannot be said off it. The coronavirus pandemic has had a major impact on their finances and they could be forced to sell.

According to the Daily Star, Inter are now planning to cash in on either Lukaku or his strike partner Lautaro Martinez in order to raise funds.

However, they would only sanction such a sale if they can sign a replacement first. And coincidentally, Aguero is the man they have decided to pursue.

Given that the City legend will be available on a free transfer, he would fit in with Inter’s strategy of targeting cheaper reinforcements. Even though he will be 33 by the start of next season, he still has plenty to offer.

Should Aguero end up with Inter, it would free up Lukaku to make a Premier League return. Whether he would be willing to remains to be seen, but Inter may have no choice but to sell.

Lukaku has also been linked with a shock return to his former club Chelsea. He never scored for the Blues in his previous stint there, but they may have come to regret letting him go.

He has since blossomed into one of the best strikers in the world. Hence, Chelsea could bring him in to replace Timo Werner, who has not lived up to expectations.

But City are also prioritising a striker and have the financial muscle to rival anyone. Therefore, Lukaku is firmly on their radar as they look to strengthen an already dominant team. 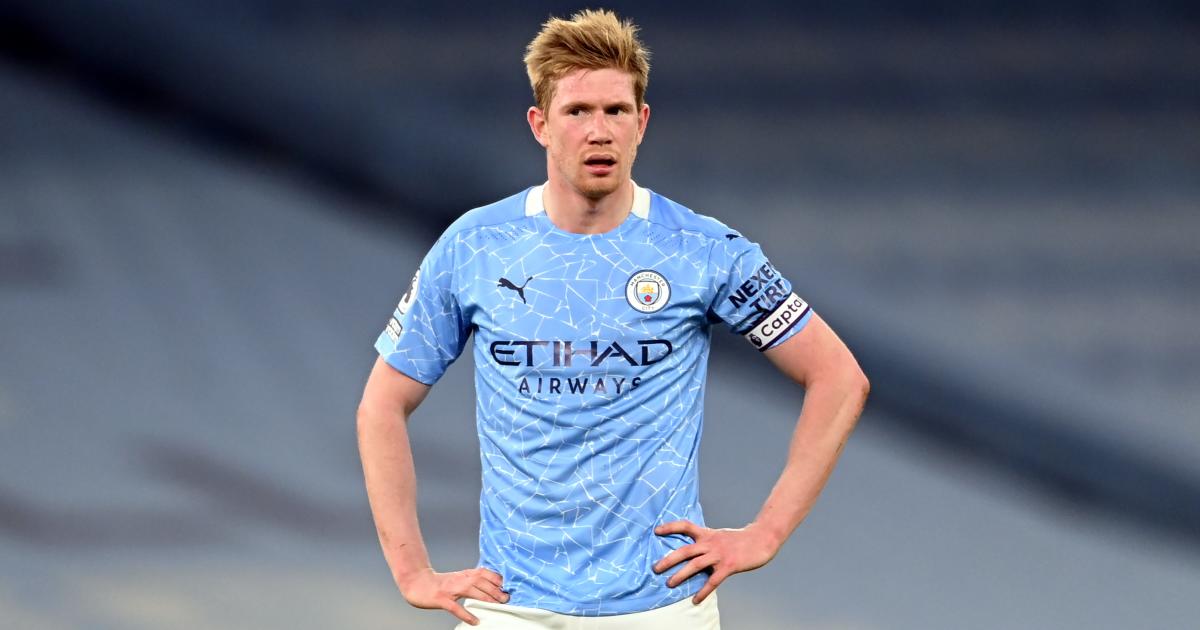 Meanwhile, City are also making plans in relation to players they already have at the club.

While it seems Aguero will not be offered a new deal, three of his teammates are in line to.

According to the Sun, City are planning to make offers to Kevin De Bruyne and Fernandinho. The midfield pair have proven their importance this season and City are willing to reward them.

They have made De Bruyne’s new deal their top priority, planning to tie him down to a five-year contract.

As for Fernandinho, the 36-year-old may yet choose to hang up his boots, or continue playing. In either capacity, City want to retain his services, and will offer him terms as such.

It is also claimed that Aguero could be offered a new contract, but would have to take a paycut as a result. Other clubs may be able to offer him wages closer to those he currently earns.

There are doubts about Raheem Sterling as well, as the Star and Sun both report that talks over his future have been put on hold until the summer. There is little concern about the situation, though.

Sterling is under contract until 2023 and recently changed his agent. As part of his new deal, he wants an increase on his £300,000-per-week wages, but City would rather offer him an increase via bonuses.