England boss Gareth Southgate picked out a specific area his side need to “improve on” after criticising the final 15 minutes of their victory.

Harry Kane put the visitors ahead in the first-half before red-hot Chelsea midfielder Mason Mount capped off a superb goal in the second.

The win leaves England in good shape heading into their crunch clash with their main group rivals Poland on Wednesday.

Speaking to ITV Sport after the match, Southgate said: “What pleased me, we adapted well to the difficult pitch, controlled the game well.

“We changed the shape of the midfield well and looked comfortable after that.

“The end of the game we should have killed the game off and I didn’t like the way we managed the game in the last 15 minutes. Charging forward, conceding a throw when we didn’t need to.

“Pleased with the win but areas we need to improve on.” 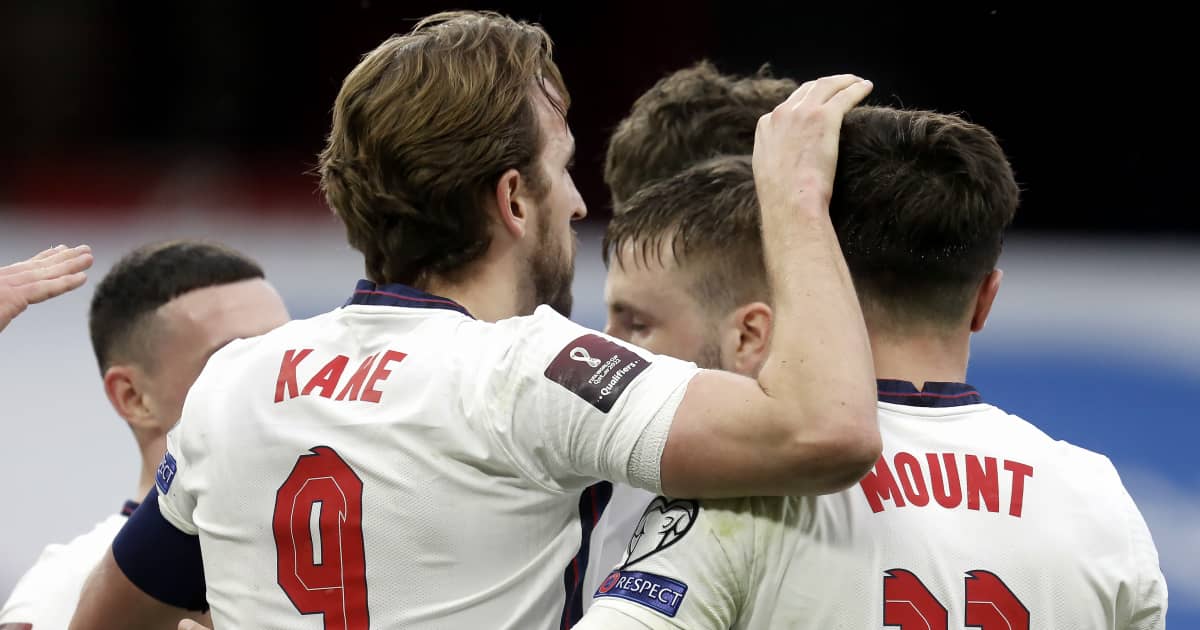 England captain Kane also spoke to the press, telling ITV: “I thought it was a really good performance, Maybe a bit slow at the start but we changed our formation and I think that helped.

“Sometimes you go through spells when things don’t go your way, that is part of being a striker. You just have to stay focused and it was great to get three points.

“We need to keep working hard but we are in a good place. Poland will be the toughest game in the group but we are ready for that. If we can win that, that puts us in a great position.”

Man Utd’s resurgent full-back, Luke Shaw, told ITV: “Very happy to win on my first game back. Gareth said it before we want clean sheets and we got another. The pitch at times was difficult but we got the three points. Job done.

“Maybe a crucial time for me as I gave a couple of sloppy balls away. When you play with Kane you know he will be in that area for you to hit.

“We controlled the tempo well at times. Their only chances came from mistakes to us. The pitch didn’t help but no excuses. We know we made a couple of mistakes. Gareth said after we needed to control it better. Better teams might punish us.

“The last two years I have been watching the games and regretting not having taken my chance. I am so happy to be back. I would love to be in the Euros squad. There is high competition. I will keep pushing myself.”