Arsenal’s technical director Edu is reportedly ready to contact Norwich to see if there is any room for manoeuvre over their asking price for Emiliano Buendia after their hopes of landing Martin Odegaard were seemingly brought to an end.

Odegaard was added to the Gunners’ squad in January on a loan deal until the summer, with Mikel Arteta looking for more guile in his side. And the Real Madrid man has been a hit in north London, making 19 appearances, scoring twice. Arsenal would like to sign the Norwegian permanently, with Odegaard having told those close to him he’d also like to stay.

The 22-year-old has apparently been impressed by Arteta’s “project” and feels “highly valued”.

“I’m really happy. Everything is good here at the club,” he told the Premier League last month. “I’ve felt at home since the first day, I get on really well with my team-mates and everyone at the club. I feel really good.”

However, getting the deal done is proving more difficult than anticipated. Reports state Real have placed a big fee on Odegaard, with president Florentino Perez keen to offer him a more prominent role next season.

As such, there appears to be a growing realisation at Emirates Stadium that keeping Odegaard is a fading dream.

Indeed, as per Goal, the Gunners are already making strong plans to replace him in the side. And Norwich City’s Argentinian playmaker Buendia appears top of their wanted list.

The Canaries value Buendia in the £40m mark. At 24 years of age, the star has underlined his qualities in the Championship this season. He has scored 15 times and created 16 more as Norwich steamrollered their way to promotion.

Buendia was also named Championship Player of the Year in the process.

However, the Canaries’ valuation still represents something of an issue for the Gunners. It’s reported that Edu will try and get creative to try and drive down his asking price. That could involve the likes of Eddie Nketiah or Reiss Nelson offered to Norwich as part of the deal.

Buendia wants to be in the Premier League

Buendia has also been linked with moves to Liverpool and Leeds in the past. Norwich though are likely to resist any approaches for their star man as they make preparations for their Premier League return.

Regardless of whether he secures a transfer a deal, Buendia has made no secret of his wish to play in the Premier League.

“Yes, I always say it,” the former Getafe man said. 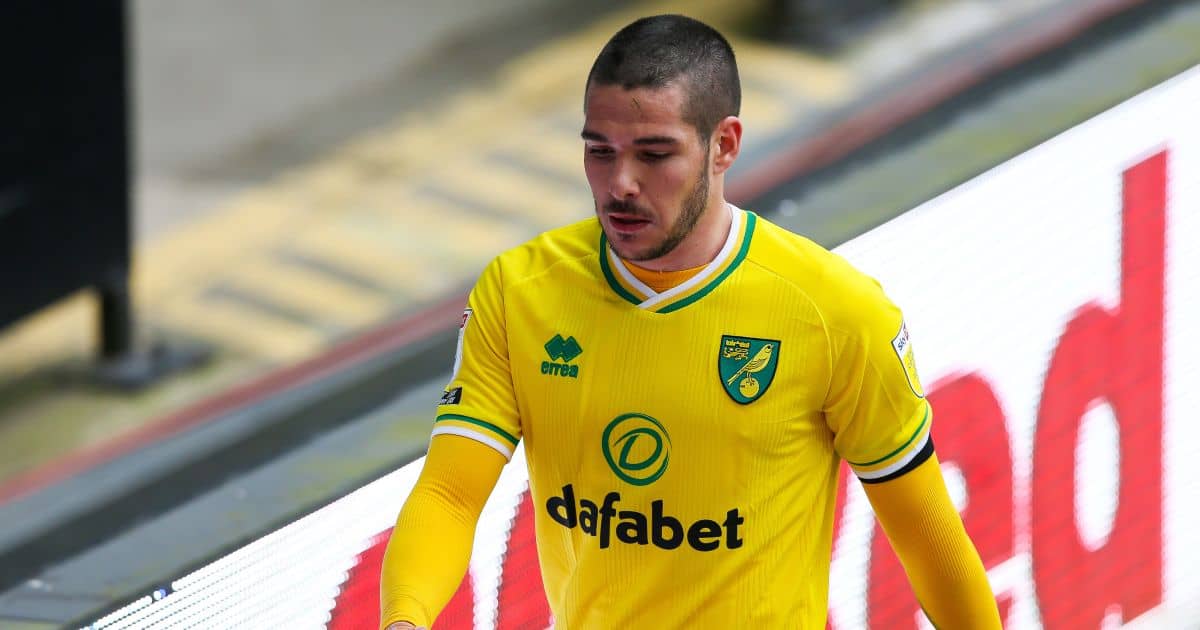 “It is the best league in the world, it is the one that makes the difference at all levels. Any team makes life difficult for anyone, it is very complicated.

“Their organisational level is perfect, the stadiums have a lot of history, the conditions for playing football are ideal. There are no excuses. And the players and the teams are the best.

“I aspire to the best and work every day to get back to it, either in my team or through a transfer. Returning to the Premier in the short term is a dream.”

September 28, 20223 min read
A player Liverpool attempted to sign in the summer transfer window has admitted his admiration…