Everton and Inter Milan remain in the hunt to sign PSV defender Denzel Dumfries but the trail has currently gone cold, according to the latest reports.

The 25-year-old has been with the Eredivisie club for three years, penning a five-year deal in 2018. And the right-back has certainly put in the hard yards, with 124 appearances in all competitions for the Rood-witten. But it seemed as though his days at Philips Stadion may have be numbered when the Toffees emerged as suitors.

Early in July, reports suggested Inter were in pole to land the Netherlands international. However, he remains in his homeland for now, with little to report on any potential move.

It appears as though PSV are resigned to the fact that the Rotterdam-born ace will not be with them next term. They have given him extra time off to try and sort out his future.

But a couple of Dutch outlets are reporting that he is unlikely to be moving on any time soon.

Voetbal International (via Sport Witness) state that it is ‘relatively quiet’ around the defender at the moment. And Eindhovens Dagblad, while admitting he is on extended leave, say there is ‘little news to report’.

The latter do make it clear that Everton and Inter ‘remain interested’ in the player, however.

The Netherlands may have failed to make much of an impact at Euro 2020 but Dumfries did himself no harm. Frank de Boer’s side crashed out 2-0 to Czech Republic in the round of 16.

Dumfries bagged a couple of goals for Oranje and it was thought that it might spark interest from European clubs. At the start of July, Telegraaf journalist Valentijn Driessen reported that the player was close to signing for Inter.

He said: “You have to have money to buy someone. And (agent Mino) Raiola is obviously close to Inter. From what I understand, Dumfries would now be on his way to Inter with Raiola.

“It is known that Inter are actively looking for a replacement for Achraf Hakimi who moved to French side Paris Saint Germain this week.” 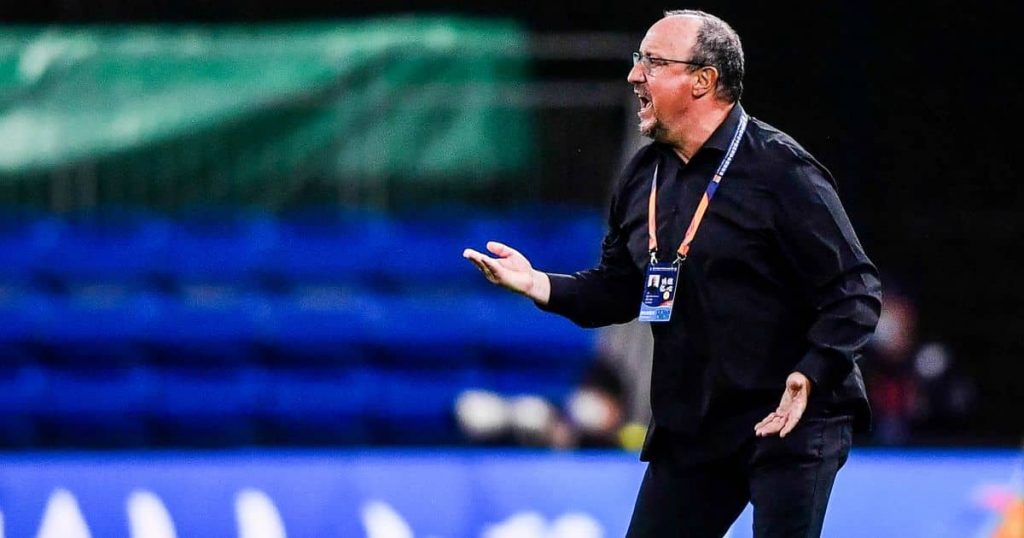 That proved to be a false dawn in his quest to find new employers and Rafael Benitez still has hope. The full-back will soon begin pre-season with PSV and should be well rested after his summer exploits.

There is still time for a deal to be done. The Merseysiders have already secured the services of Andros Townsend and Asmir Begovic and more have been tipped to arrive.