Chelsea could be about to offload striker Michy Batshuayi to Turkish side Trabzonspor, according to reports.

Batshuayi has been at Chelsea since 2016, when he signed from Marseille. He has made less than 50 Premier League appearances for them since then, though. The Belgium international has endured four different loan spells away, including two separate ones at Crystal Palace.

He spent last season at Selhurst Park but only managed to score two goals from 20 appearances. It was a far cry from his previous stint there, when he had bagged six from 13.

As such, the 27-year-old seems unlikely to break back into the plans at his parent club. Chelsea only have him under contract for another year and it may be the right time for both parties to move on.

They are already fielding interest from other clubs. For example, Leeds were linked last month (Batshuayi previously played for Marcelo Bielsa at Marseille) before cooling their interest.

Instead, Batshuayi may have to look abroad for his next solution. According to Milliyet, that may be in Turkey, because Trabzonspor are keen to sign him.

The Super Lig side are looking for a different kind of striker to their current options and would be keen to take back Alexander Sorloth, who hasn’t been as prolific for RB Leipzig as he was for them.

They know that such a deal may be difficult, though, so have added Batshuayi to their shortlist.

That signing would also come with complications – notably his salary – but Trabzonspor hope to find a middle ground. Encouragingly for them, Chelsea are willing to get rid of the frontman.

The report says that Trabzonspor are considering adding him to their ranks for one year, but it does not specify whether that would be a loan or a permanent signing with a short-term contract. If it was the former, Chelsea would risk losing him for free.

Batshuayi cost the Blues €40m when he made the move, but has struggled to justify that price tag. Even so, they would not want to lose all of their investment. 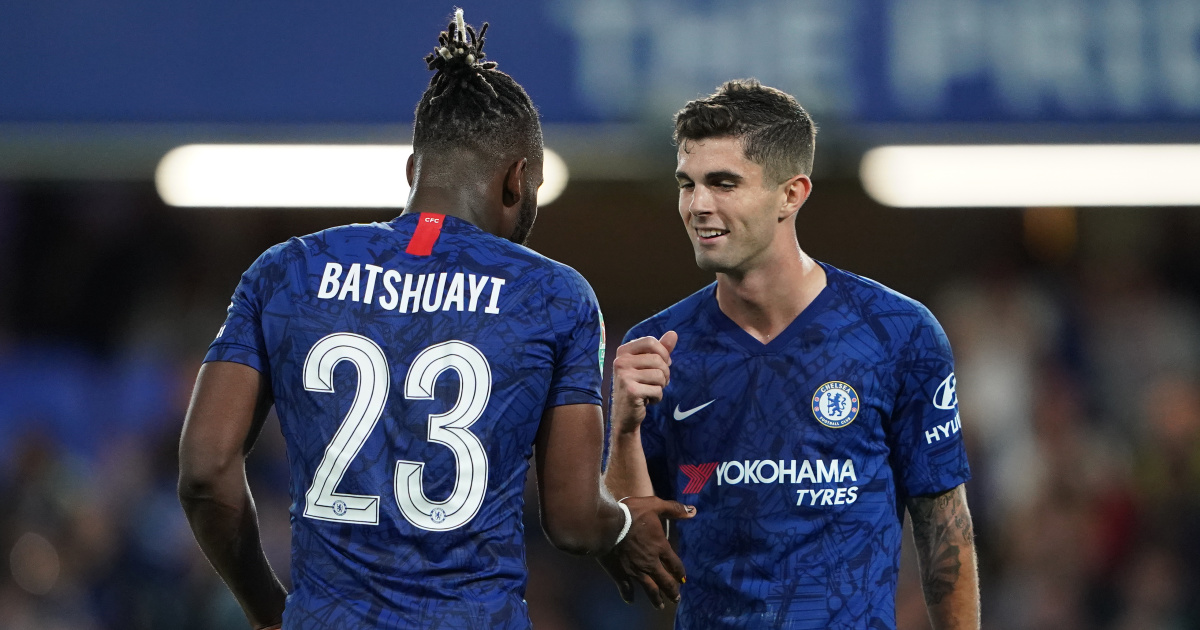 Perhaps the most important thing now, though, is simply clearing Batshuayi off the wage bill. With that in mind, they may be hopeful of him sealing his move to Trabzonspor.

Another striker facing an uncertain future at Stamford Bridge is Tammy Abraham, despite him being their top scorer for two seasons running.

Abraham fell out of favour following the arrival of Thomas Tuchel as Chelsea’s new head coach in January. And with the club in the market for a new starting centre-forward, his opportunities could fade further.

But many still believe he is capable of performing to a good standard elsewhere. In fact, one pundit has now tipped him to be a good fit for reigning champions Manchester City.

Trevor Sinclair was asked by Jamie O’Hara on talkSPORT’s breakfast show if he would take Abraham over Harry Kane at City and he replied: “I would, yeah.

“He’s a young enough player and with Pep Guardiola’s coaching ability and the teammates around him… he’s a top player.”

When asked about City’s reported bid of £160m for Kane, Sinclair said: “It just goes against my principles of what I think about the club. Honestly, it really does.

“I just don’t want to see the club going out there and spending that ridiculous amount of money to bring one player in. That just kills it then. You might as well pack up.”