Brighton are reportedly still in the race to sign Benfica forward Darwin Nunez after receiving a club record fee for Ben White.

The defender finalised a move to Arsenal for £50million this week and the Seagulls are eager to spend the money on a new striker.

The club found themselves in a relegation battle last season after struggling to find the net on a consistent basis.

Determined not be in that same situation again, Brighton are adamant on bringing in a goalscorer.

Journalist Andy Naylor of the Athletic claims that the Premier League club are still interested in Nunez despite missing out on him last summer.

Benfica sealed a £20million deal for the Uruguayan, beating Brighton and a number of other clubs to his signature.

Since then, he netted 14 times in 44 games for the Portuguese club, also grabbing 12 assists.

Potter to weigh up market options 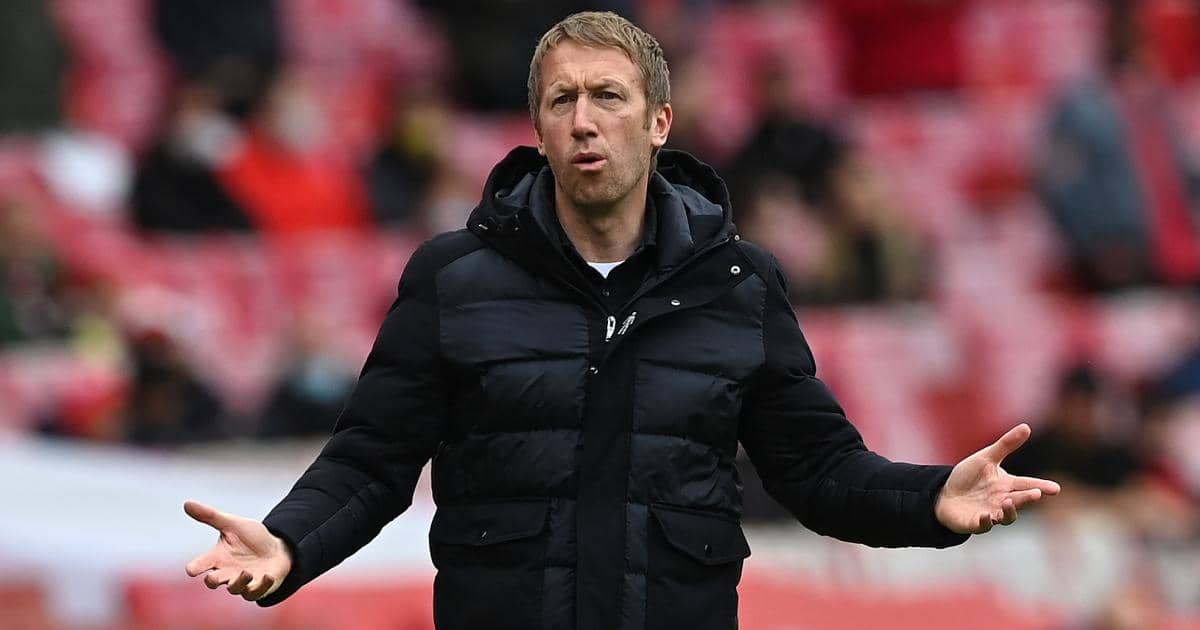 The Seagulls may have been hopeful of getting Nunez for a cut-price after he continues to recover from knee surgery. He was left out of Uruguay’s 2021 Copa America squad because of his injury.

O Jogo (page 12) report, though, that Benfica have rejected an offer of £25.6million from Brighton. They value the player at £38.4million, a figure that may be too high for Brighton.

It would mean spending a large proportion of the fee received for White in one swoop. Furthermore it is a lot of money for a forward who has not yet played in Europe’s top five leagues.

Nevertheless, manager Graham Potter may still wish to take a punt on him if a lower price can be negotiated.

Last season’s stats were impressive for a 22-year-old, who has scored twice in the four caps he has won for his country.

He seems to be the preferred option having netted a notable 83 times in 169 games for the Scottish giants.

Furthermore, it seems the club were waiting for the sale of White to purposefully advance into the market for him.

And with Celtic now out of the Champions League, a move to a Premier League club may appeal more to Edouard than to Nunez, who has only just bedded in at his new club.