The agent of Tottenham defender Davinson Sanchez has confirmed he has held talks with Sevilla, although there are currently doubts about whether a transfer will take place.

Tottenham are overhauling their defence for new coach Nuno Espirito Santo. They seem to be close to agreeing deals for Atalanta’s Cristian Romero and Bologna’s Takehiro Tomiyasu. Toby Alderweireld has already left for Al-Duhail and more could follow him out the door.

Sanchez was once Tottenham’s record signing but has found his future up for question recently. A recent report listed him as one of three players Spurs are willing to sacrifice.

There were rumours that Spurs could offer Sanchez to Sevilla as a makeweight in a bid for Jules Kounde. The Frenchman turned down Spurs, though, and instead is closer to joining Chelsea.

Still, Colombia centre-back Sanchez could still make the move to La Liga even without Kounde swapping places with him.

Now, Sanchez’s agent Nestor Villarreal has revealed that he was in discussions over a transfer to Sevilla. However, such a move cannot happen unless the Andalusian side clear up some space first.

“They are just rumours,” he told Caracol Radio’s El Vbar (via Sport Witness) of the Sevilla speculation.

“Yes, I have spoken to the people of Sevilla, but at the moment, they have a full squad.

“If a transfer happens on their part, those rumours could be true, but concretely there is nothing, only talks.”

Whether Kounde’s proposed move to Chelsea could open up an opportunity for Sanchez to make the switch remains to be seen.

The 25-year-old still has three years left on his contract in north London, but Tottenham may take the opportunity to cash in this summer.

Ajax an option for Sanchez? 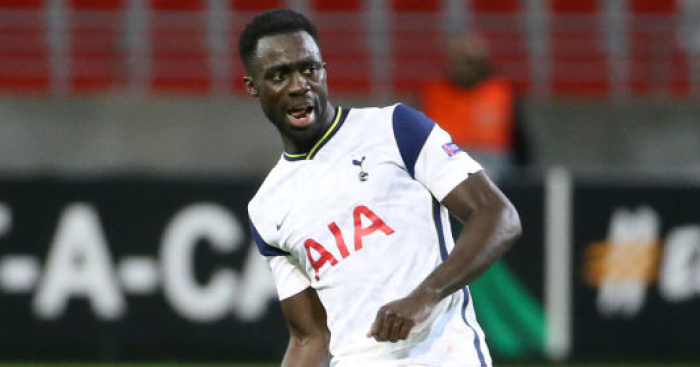 Reports back in May suggested Sanchez was a target for his former club Ajax, who were also linked with Alderweireld at the time.

With one of those returns definitely impossible now, it is unclear if Sanchez remains on the Dutch side’s radar.

Ex-Ajax coach Gerard van der Lem said three months ago: “I have heard in the corridors that they want to bring him back. The question is on what basis.

“In England, it is a purchase that does not work. Then they sell him for thirty per cent less; they don’t care.

“The best is if you can buy him, but if you can rent him, that’s of course great.”