Manchester United have reportedly been told that an offer €50million (£43m) will be enough to land a top midfield target this summer.

Atletico Madrid star Saul Niguez is being strongly linked with both United and Liverpool, although the Red Devils appear to have emerged as the frontrunners for his signature in recent weeks. And their hopes have been given a lift, judging by a report from Spain on Monday.

Sport claims that Saul’s Atletico exit is very close and that a move to the Premier League is almost inevitable.

The Spanish outlet also states that United have pushed to land the 26-year-old in the past. However, at that time Atletico were asking for Saul’s €150m release clause to be activated.

But now Sport reports that the player’s representatives have told them that £43m is good enough to secure a transfer.

It’s a massive climbdown from the reigning LaLiga champions, given his previous value. However, Saul was not always first choice last season, hence his desire to move on.

£43m for a player of Saul’s pedigree and age appears to be a bargain. He is renowned for his ability to play different tempos, depending on the game plan for certain games. But at his best, he is a dynamic, high-octane force who will give United more drive from their engine room.

Ole Gunnar Solskjaer has so far improved his attack in the shape of Jadon Sancho, while Raphael Varane has agreed to move from Real Madrid to strengthen the defence.

However, midfield still remains an area in need of a potential upgrade. That need would only heighten if Paul Pogba decides to leave and Donny van de Beek is also offloaded.

Saul’s arrival would give Solskjaer another player with extensive Champions League experience and title-winning know-how.

Meanwhile, United and Liverpool are monitoring the situation of Inter Milan midfielder Nicolo Barella, according to a report in Italy.

Barella was an important part of the Italy squad that won Euro 2020. It capped off a memorable year for the Sardinian, who also won Serie A with Inter. But his club are in financial crisis and it has put several of their players’ futures in doubt.

They have already sacrificed Achraf Hakimi to PSG and must make one more important sale to get their finances back on track. Barella is among those they would rather keep, but the fact that he has plenty of admirers could give them something to consider. 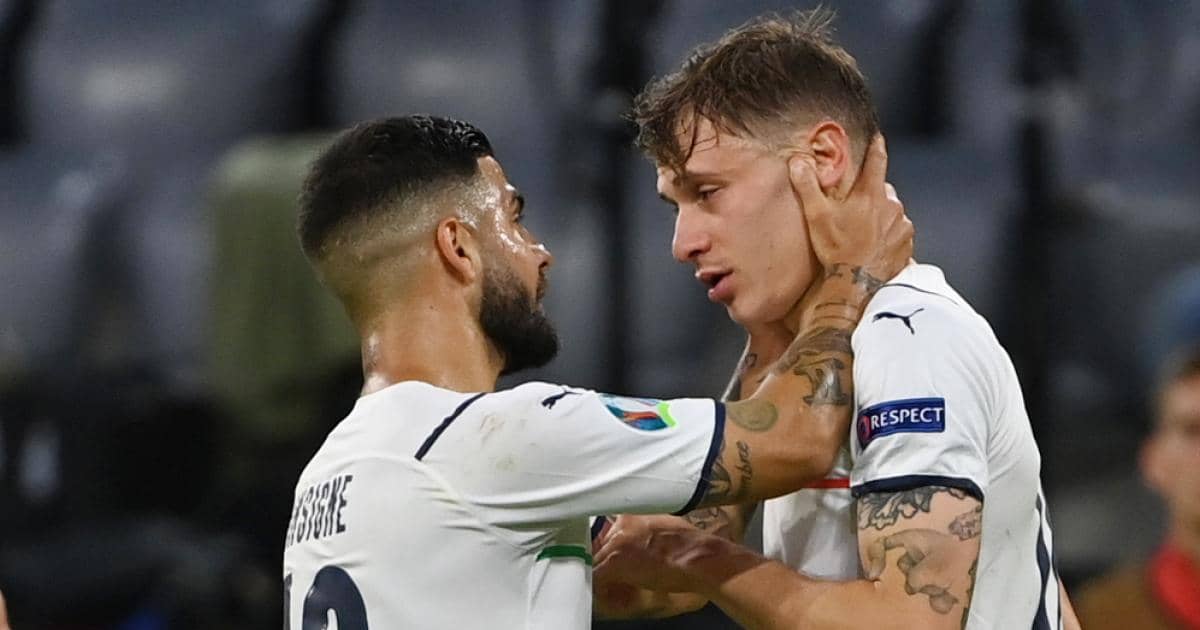 According to Calciomercato, Inter are currently not too concerned about the former Cagliari star’s future. They have him under contract until 2024 and are willing to extend that deal, with a payrise, when it is possible. In fact, preliminary talks are taking place.

But in the background, several clubs are keeping tabs on the 24-year-old. The report claims Liverpool and Manchester United are admirers of Barella.

Liverpool have been potential suitors for Barella for a while, but previous reports have played down their chances. There could still be a chance for him to make a transfer, though.

United in particular are tipped to make a move if they sell Paul Pogba, who is in the final year of his contract. Saul Niguez is one possible replacement, but Barella could also be on their minds.