West Ham are weighing up a move for Southampton centre-back Jannik Vestergaard as an alternative to their main target, according to a report.

Ahead of the new campaign, West Ham have been looking to add another defender to their ranks. They have signed Craig Dawson on a permanent basis after a positive loan from Watford. However, the release of Fabian Balbuena means they still have one number to make up.

There have been rumours about a move for Kurt Zouma from fellow London side Chelsea. However, that deal has a number of factors that could derail it. Notably, Zouma would be open to staying put at Stamford Bridge.

Therefore, the Hammers have been considering alternatives. Nikola Milenkovic is in the final year of his contract with Fiorentina and has emerged as one strong option.

But according to the Daily Telegraph, West Ham could look within the Premier League by moving for Vestergaard.

Serbia international Milenkovic appears too expensive for West Ham, so they are now pondering a bid for Vestergaard instead. He would be cheaper and also has just one year left on his contract. 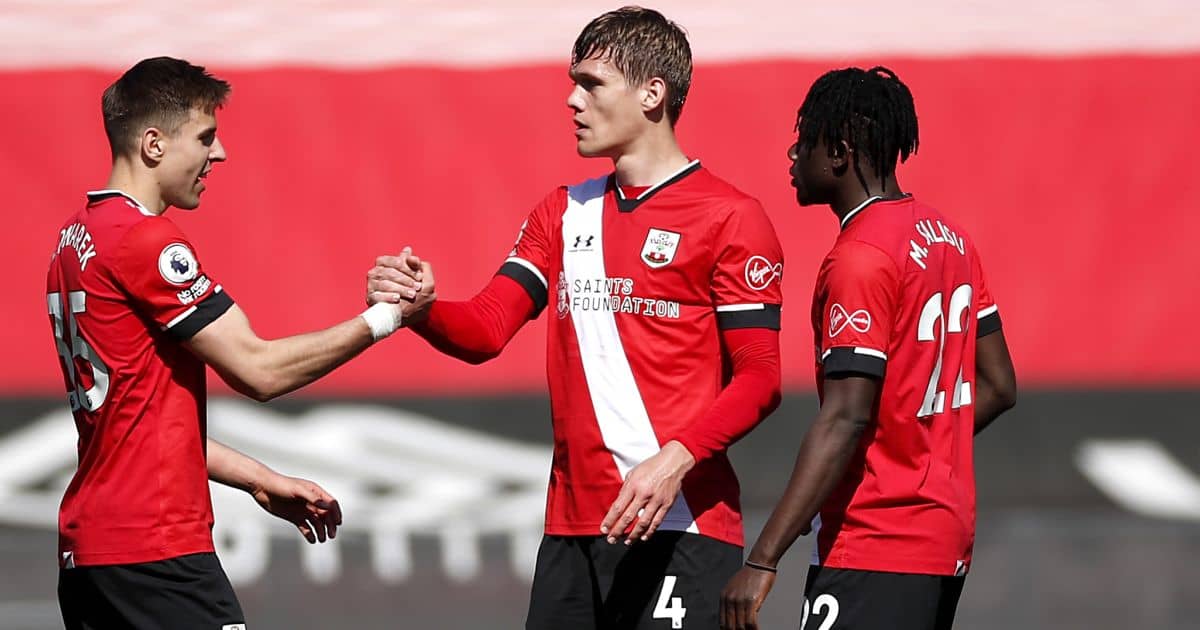 The situation was similar for Southampton striker Danny Ings, who was allowed to leave on a permanent transfer to Aston Villa that netted Saints a decent windfall. Ralph Hasenhuttl’s side may have to repeat such a scenario to avoid losing Vestergaard for free.

The 29-year-old helped Denmark to the semi-finals of Euro 2020 and may earn a transfer as a result. Joining West Ham would give the former Borussia Monchengladbach man the chance to get back to playing European football in the Europa League.

At present, West Ham still prefer Milenkovic, but are keeping Vestergaard on their radar in case that deal is too hard to achieve.

As well as strengthening in defence, West Ham would like another attacking midfielder after enjoying the services of Jesse Lingard on loan in the second half of last season.

Lingard surpassed all expectations last year when producing the form of his life on loan with West Ham. The 28-year-old cut a rejuvenated figure under the tutelage of David Moyes, though his superb form has made securing a permanent deal incredibly difficult.

Lingard has frequently been namechecked as a player who could leave Old Trafford this summer to help fund further additions.

But because his recent form was so stellar, Man Utd are seeking £35m for his signature.

That valuation will likely prove too high for the Hammers to meet. Indeed, Sky Sports recently revealed West Ham put their chances of pulling off the coup at a measly ten percent.

With a tricky Europa League campaign to juggle this season, West Ham cannot afford to be short on numbers.

As such, the Sun (citing HommeDuMatch) now report they have turned their attentions to a Brazilian drawing comparisons to one of the modern greats…