Thiago Alcantara has revealed that he has not yet showed his best for Liverpool because he was playing through the pain barrier last season.

The Spain international arrived at Anfield last September to much excitement about his potential impact. Indeed, he had played a vital role in Bayern Munich’s serial title-winning team before that. But despite an impressive start to life under manager Jurgen Klopp, he encountered a nasty knee injury.

That kept him out from mid-October to the end of December and he initially struggled after that.

He then stepped up to help Liverpool go on an unbeaten streak and finish third in the Premier League against all the odds.

But as well as his knee injury, Thiago has revealed that a hamstring issue has also held him back for some time.

“The last season I started with – from a long time before that – some pain up there in the hamstring, between the glutes, old pain,” the 30-year-old told Liverpool’s official website.

“I was never clean to play because I was always with that pain and there’s a point during the end of the last season that I started to feel [it] more and more.

“And with the national team, even I couldn’t sprint in some terms, I couldn’t do some actions.

“So I try to start the pre-season, always in agreement with the medical team, to [do] individual work to clean the area a bit more and to be without more pain.

“So we are at that point now that we try to take it out and, at the same point, to stay with the team.”

Thiago only played 43 minutes for Spain at Euro 2020, but is looking for a stronger season next term. 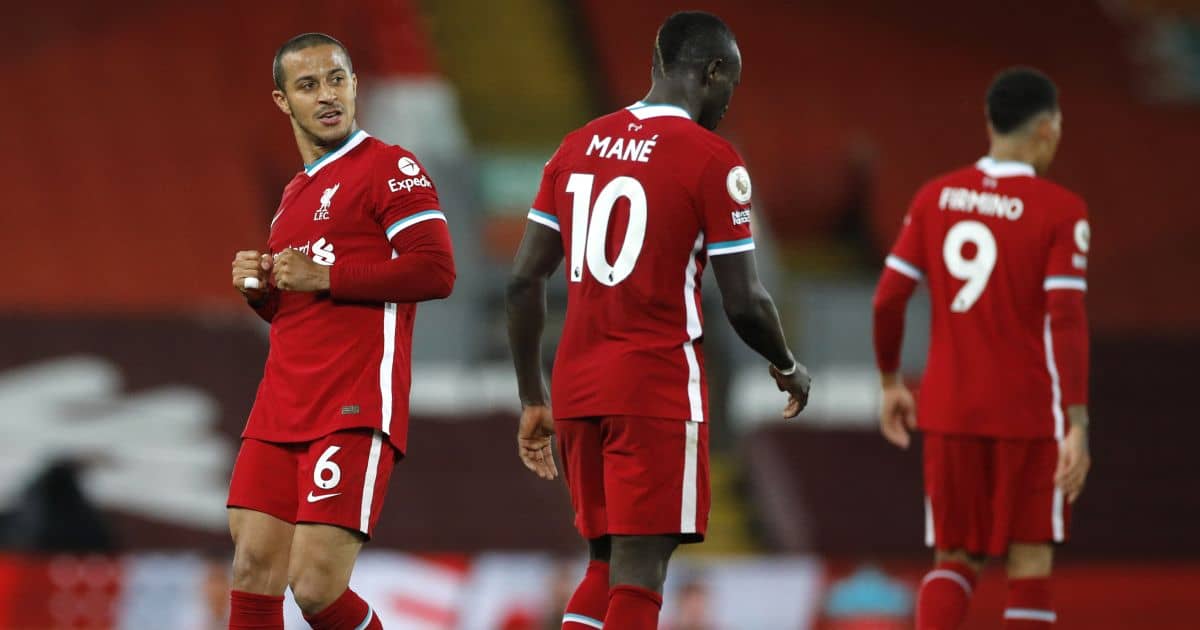 “The minimum we have to give is how we ended with these wins, with these extraordinary moments. But at the end, it was just about pushing because of the situation that we had.

“We weren’t happy enough, so we were pushing to be as happy as we could. But now we start from zero and we want everything, we want to win everything again.”

Kostas Tsimikas is another Liverpool star who is looking to have a better season. The left-back was stuck behind Andy Robertson for almost the entirety of last season.