Jurgen Klopp has made four changes as Liverpool take on AC Milan in the Champions League tonight, with Divock Origi making a surprise start in attack.

The Reds are back in continental action for the first time since April, playing in front of a full Anfield on a European night after 553 days away.

Their opponents, AC Milan, have never played at Anfield, while the two sides have not met since the Champions League final in 2007 – their only other meeting being in Istanbul two years prior.

After a strong 3-0 victory at Leeds on Sunday, Klopp has made a handful of alterations to his lineup, with Jordan Henderson among those coming in.

Alisson makes his 38th appearance in the competition, behind a back four of Trent Alexander-Arnold, Joel Matip, Joe Gomez and Andy Robertson.

Henderson joins Fabinho and Naby Keita in the middle of the park, as Mohamed Salah, Diogo Jota and, in a major swerve, Origi take their places in attack.

Tonight brings first starts of the season for Gomez and Origi, while Nat Phillips makes the matchday squad for the first time in 2021/22.

Zlatan Ibrahimovic is missing for Milan, with Ante Rebic starting up front as Olivier Giroud returns to the bench. 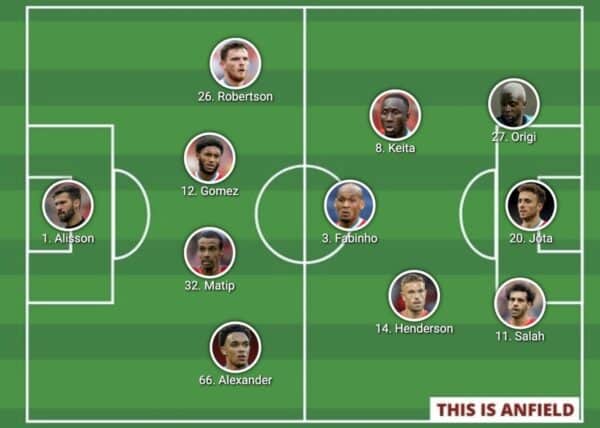