Harvey Elliott suffered a confirmed left ankle fracture-dislocation according to the club’s official medical statement, but just what is his recovery to look like?

After Elliott went to ground at Elland Road, club medical doctor Jim Moxon and lead physiotherapist Chris Morgan responded quickly to reduce the ankle (put it back into place).

They provided assurance and comfort to a clearly shaken player and placed his leg into a vacuum splint to further stabilise it. This quick action and implementation of training are key and I’ll discuss the importance later on.

Considering Elliott’s mechanism of injury (how it happened), the fracture aspect of the injury very likely refers to the fibula (outer lower leg bone) and/or tibia (shin bone): 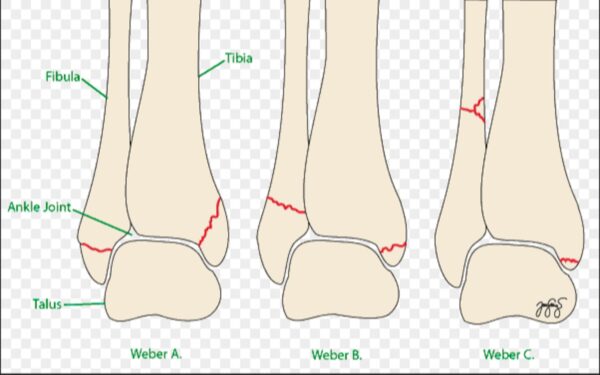 The dislocation – meaning a joint came out of place – likely refers to dislocation of the ‘talocrural’ ankle joint: 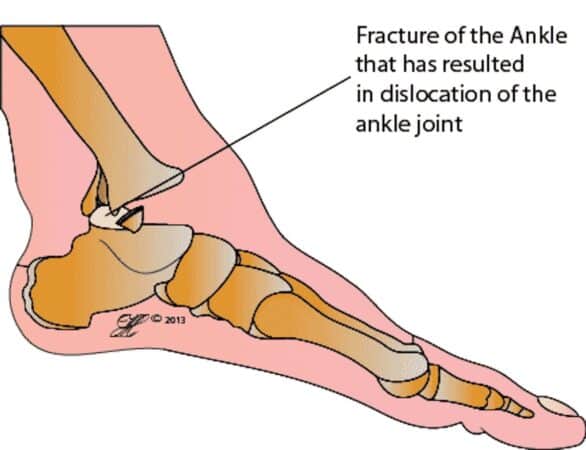 Additionally, the injury comes with damage to the ankle ligaments and in this case with the ankle rotating outwards, it is most likely the medial (inner) ligaments: 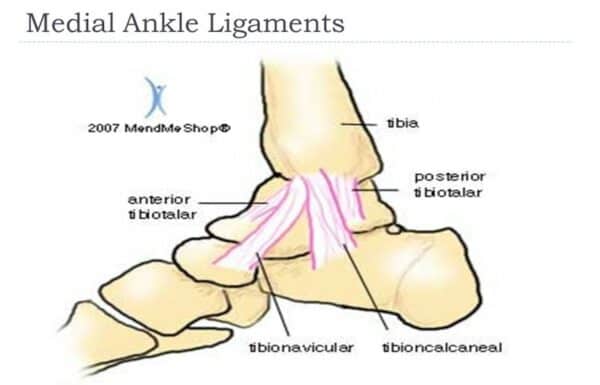 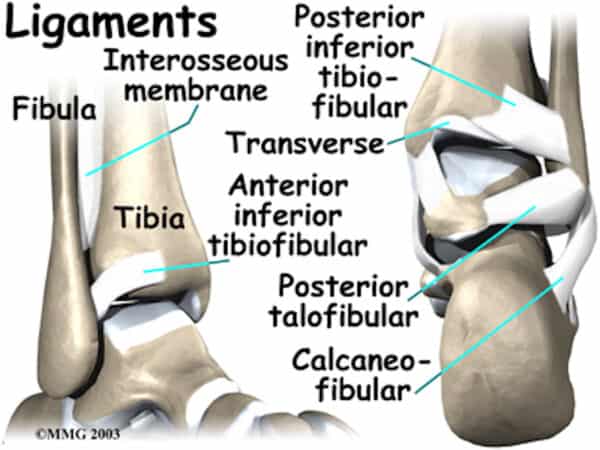 Further, there’s potential for damage to the articular cartilage tissue – namely in the talocrural ankle joint – which helps provide cushion for and reduce friction forces: 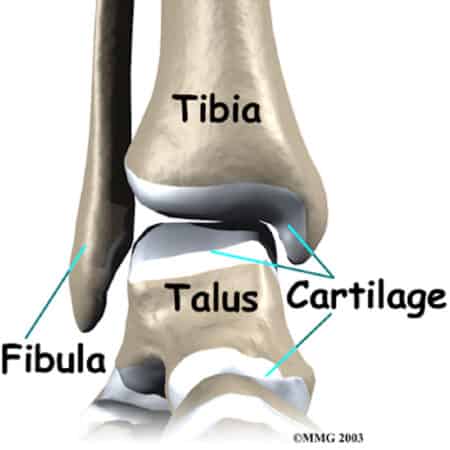 Two days after the injury – the wait was likely to allow for swelling to subside – Elliott was taken into surgery and, according to the club’s medical release, it was successful in repairing a fracture and ligaments. 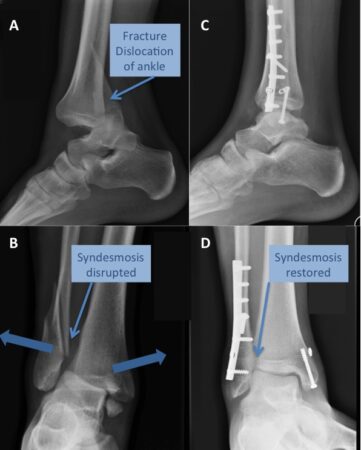 So now begins young Harvey’s road to recovery and return to the pitch. No timeline was provided by the club – and astutely, more on that later.

These injuries typically come with a high variance that can be short as 3.5 months to 6+ months depending on the full extent of the injury specifics. There are two recent ankle-fracture dislocations that illustrate both ends of the spectrum.

Everton midfielder Andre Gomes had minimal ligament damage, returning to training in 89 days and back to games in 116 days whereas Leicester City’s rising star Wesley Fofana is reportedly out for six-plus months due to severe ligament damage.

There are some positive indicators that bode well for Elliott’s extent of damage and timeline.

Firstly, as mentioned in the introduction, the quick response by Dr Jim Moxon and lead physio Chris Morgan to reduce the ankle can decrease soft tissue (namely ligament) damage because putting the joint back in place alleviates major stress.

Secondly, in the club’s medical release, they referred to the repair of a ‘fracture’ singular where ‘ligaments’ was used in plural, as expected — which may indicate he only has one fracture.

If you refer to the first anatomy picture in this piece, you’ll see the possibility of dual fractures in each type of fracture. The fewer fractures the better, obviously.

Thirdly is Elliott’s age. At just 18 years old, he has very minimal injury history and wear on his body which can aid with the recovery and rehabilitation process. However, his younger age and a long career ahead also may mean the club is more conservative because there’s no need to rush him back and sacrifice potential long-term for the short term. 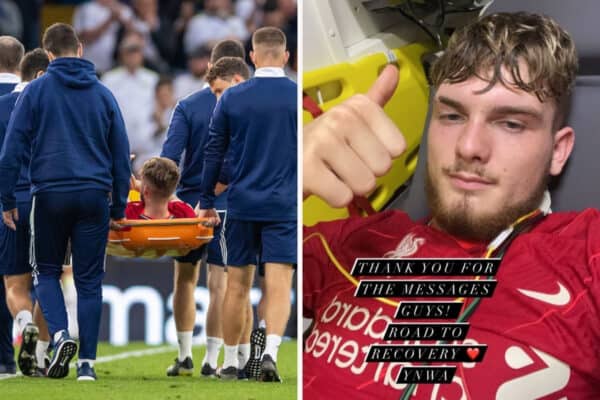 Fourthly, Elliott showed an incredibly resilient and growth mindset following the injury – beginning with clapping the fans and teammates as he was stretchered off the field to providing multiple social media updates pre and post-surgery that were very upbeat and taking the injury as a challenge rather than woe.

The importance of this mentality cannot be stressed enough in how it positively impacts recovery.

These are all just indicators without any assurances, of course, and more telling will be Liverpool’s media updates as their staff do an excellent job of providing rehab pictures and video which may eventually clue us in on where Elliott stands on that spectrum.

The injury is so rare – accounting for less than one percent of ankle injuries – that there simply isn’t enough of a sample size to make valid conclusions on return to performance.

However, having spoken to multiple foot and ankle surgeons, podiatrists, and specialising in the foot/ankle region myself (have treated a number of these), the consensus is that if there’s no damage to the articular cartilage, a return to sport and pre-injury levels is highly likely – especially considering the level of care Elliott will have.

That being said, just returning to training isn’t the end of the recovery process as players can deal with fitness issues, other injury risks as intensity ramps up and low confidence or fear of movement/reinjury, known as kinesiophobia.

These factors are why it’s important Liverpool placed no definitive timeline on Elliott’s return. It alleviates any pressure on the player to return and he can navigate these obstacles with the club’s medical and training staff without constantly looking at the clock.

Keep up the support

On balance, the injury is certainly one that creates a visceral response but it’s one that Elliott can certainly come back from effectively, particularly with the multiple positive signs we’ve seen thus far.

My guess is if/when Harvey does return this season, Klopp and co. will use this season as games to rebuild his fitness and confidence heading into next season.

The process will certainly be up and down and require patience so I encourage everyone to continue the incredible outpouring of support for Harvey as he gets into the rehabilitation and return to play process.

That feeling of community and support that Elliott has already acknowledged as “an incredible support network” plays an intangible factor in overcoming the many challenges that lay ahead.

October 18, 20213 min read
The Brazilian defender who once played with the Portuguese star at Old Trafford says a…

October 18, 20213 min read
Gary Neville has insisted that Jadon Sancho should not harbour the brunt of Manchester United…

October 18, 20215 min read
Manchester United are ready to ask for one of three Barcelona stars in return for…

Harry Kane warned over destination he must avoid if leaving Tottenham

October 18, 20213 min read
Harry Kane has been warned to reject any advances that Newcastle United make for his…