Liverpool Women’s manager Matt Beard insists it would be a personal fairytale if he can guide them back to the Barclays Women’s Super League.

The 44-year-old led the club to successive WSL titles in 2013 and 2014 before joining Boston Breakers in the United States.

After further spells at West Ham and Bristol City he returned to Liverpool last summer to find them in a much-changed position after a controversial relegation in the Covid-curtailed 2019-20 season.

After a disappointing third-place finish in the second tier last season, Beard, following significant backing from the club in terms of recruitment of players and staff, has lifted Liverpool to the top of the Championship.

They hold a seven-point lead over London City Lionesses with nine matches remaining.

“I’ve had success here before but coming back is sometimes a big gamble,” Beard told the PA news agency. 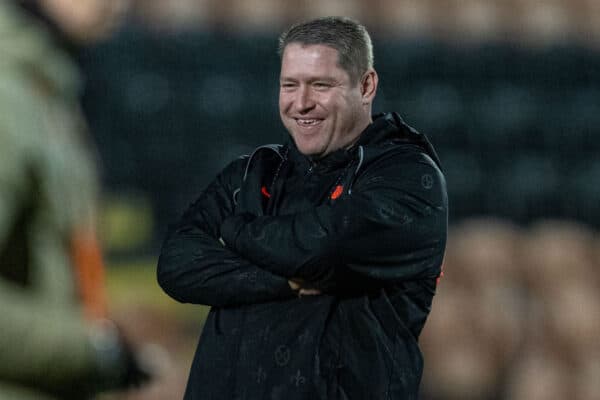 “It would be a fairytale really if it does happen, just for me personally because I have such fond memories of my time here before.

“But the immediate pressure wasn’t there to do that. We have a three to five-year plan as a club and part of that is to get back in the Super League in a two-year period.

“No one has a divine right to be in the Super League. Just because we are Liverpool Football Club it doesn’t mean we have to be in that top division.

“I think I have got a squad that can compete at that level, although we will need to improve the squad if we get promoted.

“I can’t talk about what happened in the last few years but for whatever reason on the pitch they just lost their way.

“We have to earn that right to be in the Super League and I do believe at this moment we are earning that right – but there is a long way to go.”

Of the nine signings – eight of which came in the summer – a number are players he has worked with before and while that has improved the squad, it is the manager who is being credited with the change in atmosphere.

“We have fundamentals of how we want to be seen as a team and the players have input into that, it’s not just ‘Matt Beard does this or that’,” he added.

“I will challenge or question, no problem with that, I’ll put my arm around a player if I think they need that, but the biggest thing is to let people be themselves.”

Liverpool face fourth-tier side Lincoln at Tranmere’s Prenton Park in the Women’s FA Cup on Sunday and while promotion remains the priority Beard would love a cup run.

“When I came back from America I took my kids to the Chelsea–Arsenal game at Wembley (in 2016) and I said to the kids ‘Daddy will be down there one day’,” said the Londoner, a cup winner with Chelsea in 2012. 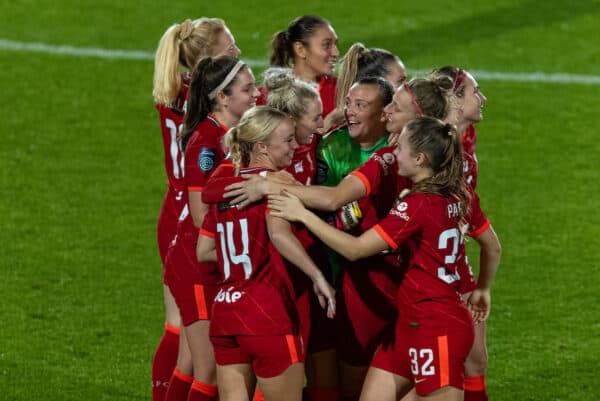 “A year later I led West Ham out in front of 45,000 fans at Wembley. It’s not a distraction as it’s the best competition.

“But our main goal is to try to gain promotion back to the Women’s Super League and we know we have two big games post-Lincoln against Coventry and Sunderland where we can put ourselves in a great position before the London City game.”

September 27, 20223 min read
Gareth Southgate hailed the “tremendous spirit” demonstrated by England, who he feels have come together…

September 27, 20223 min read
There were mixed feelings from the German camp after Monday’s dramatic 3-3 draw against England…

Messi loving life at PSG with Neymar: ´I´d liked to have enjoyed him more in Barcelona´

September 26, 20222 min read
Lionel Messi wishes he could have played alongside Neymar for longer at Barcelona but is…

Vlahovic to Arsenal links wide of the mark

September 26, 20222 min read
Inter midfielder Marcelo Brozovic is facing a spell on the sidelines after suffering a thigh…