The Manchester City boss famously clashed with Jose Mourinho when he and the Portuguese were the respective managers of Spain’s big two, Barcelona and Real Madrid.

Yet he feels the level of competition City have faced from Liverpool in recent years has been a notch above anything he had to deal when he was competing with Real for LaLiga and Champions League titles.

“In the last five years they have been the biggest opponent,” said Guardiola ahead of City’s eagerly-anticipated clash with their title rivals on Sunday.

“They have been an incredible, marvellous contender, with good games. I admire Liverpool and the way they do it but enjoy the challenge.

“Jurgen, as a manager, has been the biggest rival I’ve ever had in my career and I think what both teams propose is good for football. 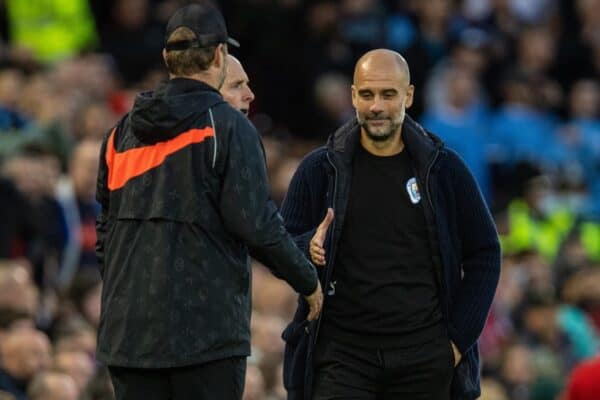 “The point is not a jibe to Jose. He is an exciting manager and I was his rival but I’ve been here five years and played many more times against Liverpool.

“Except the year we made 100 points, the rest were tight. It is because they are good and hopefully they think we are good too.

“I will remember my period here, when I’m retired watching and playing golf, I’ll remember my biggest rival was Liverpool, for sure.”

City hold a one-point lead heading into an encounter at the Etihad Stadium that is being widely billed as a title-decider.

Yet while the match will undoubtedly have huge implications for the race at the top, Guardiola did not want to say it would be decisive.

He said: “It will be a massive, important three points but there will still be seven games, 21 points, and a lot of things involving the Champions League and FA Cup, (to play for). But of course it is important.”

Unlike Guardiola’s rancorous rivalry with Mourinho, there is a huge amount of respect between him and Klopp.

Klopp has even described Guardiola as the best manager in the business, a compliment the City boss modestly brushed off. 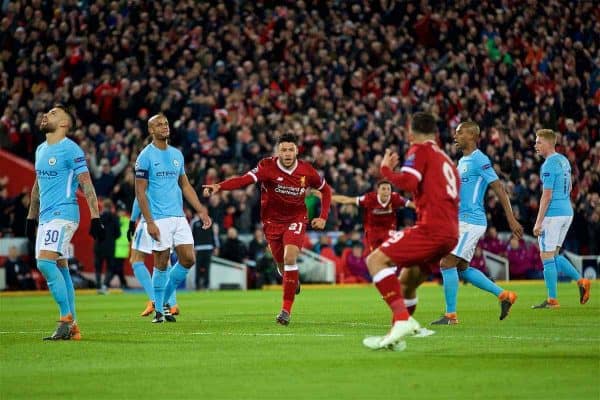 Guardiola, however, was happy to praise his opposite number.

“Jurgen makes world football a better place to live with his message, and he’s a huge competitor,” he said. “He knows about my admiration for what he does, the message and the way his teams play.

“He’s a good guy and I don’t have any problems with him, absolutely not.”

Sunday’s match is City’s second of four in an intense two-week period that also includes both legs of a Champions League quarter-final against Atletico Madrid and another date with Liverpool, in the FA Cup semi-finals.

Yet if there is any pressure, Guardiola was not showing it at his pre-match press conference.

The Spaniard joked that he would happily share a bottle of wine with Klopp after the game – if City win.

“If we win I’d love it,” he said. “I’ll invite him! And he’s said many times that we’re a rich club so the wine will be perfect, high quality!”

Guardiola also gave a tongue-in-cheek reply to a suggestion City might be content to settle for a draw, to ensure they preserve their lead.

“No, never in my life have I thought about this, except when there’s five minutes left and we have to defend to keep the result, absolutely not.”

A relaxed Guardiola also quipped that he was disappointed the game was being played on Sunday as it will prevent him from watching the US Masters.

“I sleep like a baby this year,” he said. “I’m looking forward to Sunday, (but if it) could be tomorrow that would be better.

“I’m a little bit upset with the Premier League because they put the game when Tiger Woods is back!”

“What a talent!” – Jurgen Klopp says Fabio Carvalho can “bring a stadium to its feet”

July 3, 20222 min read
Fabio Carvalho has looked ahead to his new role at Liverpool after completing his £7.7…

Fabio Carvalho: ‘I joined Liverpool to become the best player in the world’

July 3, 20223 min read
Fabio Carvalho has outlined his lofty ambitions after swapping Fulham for Liverpool this summer, with…

Rumour Has It: Premier League clubs queue up for Gnabry

July 3, 20222 min read
Robert Lewandowski’s status and Sadio Mane’s transfer have taken up the majority of attention at…

July 3, 20222 min read
Fabio Carvalho is now officially a Liverpool player after completing the formalities of his move…

July 3, 20222 min read
The Seattle Sounders moved to fourth spot in the Western Conference in the MLS, defeating…

July 3, 20222 min read
Liverpool are due to kick off pre-season at the AXA Training Centre on Monday, but…

Keep or sell? LFC fans have their say on Roberto Firmino as contract enters final year

July 3, 20225 min read
Roberto Firmino is moving into the final year of his contract, leaving the club with…

Liverpool 2022/23 Anfield tickets – Everything you need to know

July 3, 20224 min read
Tickets to Anfield are much sought after but hard to get when demand far exceeds…

July 2, 20222 min read
Rafael Marquez is set to return to Barcelona as head coach of the Blaugrana’s B…

July 2, 20225 min read
Cristiano Ronaldo is poised to become the biggest news of the transfer window, with reports…

July 2, 20222 min read
Barcelona president Joan Laporta has confirmed the club have been in talks with Leeds United…