Jurgen Klopp has two big decisions to make with his Liverpool lineup for the Champions League final, with much of his selection resting on Thiago‘s fitness.

The Reds take on Real Madrid for the fourth time in five seasons on Saturday night – and for the second time in that period, in the final of the Champions League.

A lot has changed for Liverpool since their heartbreak in Kyiv in 2018, not least lifting the European Cup in Madrid a year later, with Klopp’s side having won the Premier League, the FA Cup, the League Cup, the Club World Cup and the UEFA Super Cup since.

Having gone to the wire in this season’s title race, they should be even more determined to pick up a third trophy of the season in Paris.

But who should line up for Liverpool against Real?

In his pre-match press conference, Klopp confirmed the following: 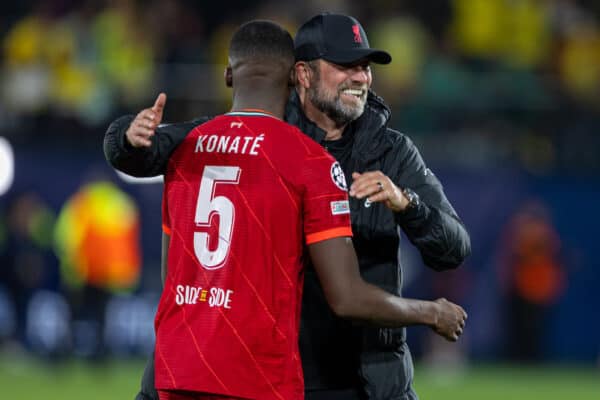 Given it is the final game in a long, successful season, there is little chance of Klopp deviating from his strongest possible side in Paris.

However, there is one point of contention in that respect, with a decision to make over whether Joel Matip or Ibrahima Konate will partner Virgil van Dijk at centre-back.

If Klopp opts for the experience of first-choice starter Matip, despite Konate starting seven of the last eight Champions League games this season, Liverpool can be expected to start like this:

That would see three changes to the side from the 3-1 win at Wolves: 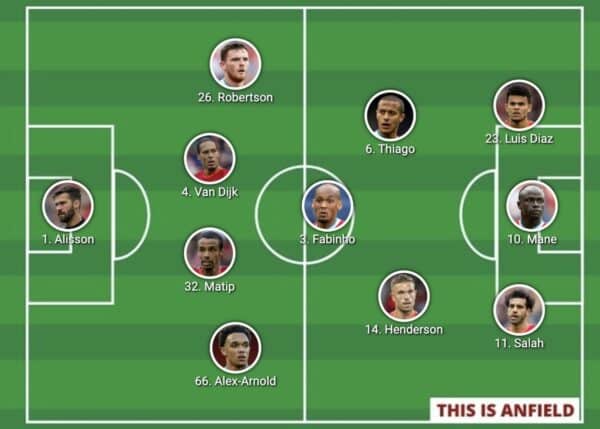 Another deciding factor will be whether Thiago is passed fit to start or not, with Naby Keita waiting in the wings if the Spaniard is only deemed ready for the bench.

Meanwhile, the possibility of pairing Konate and Van Dijk up against the physicality and guile of Karim Benzema could tempt Klopp again:

Those two tweaks would see Liverpool shape up like this: 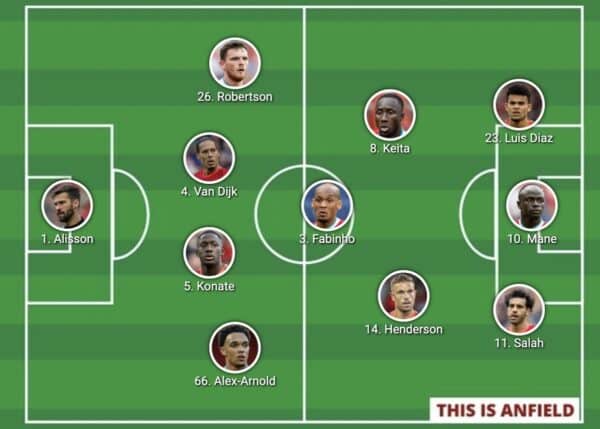 It is highly likely that, from the Liverpool starting lineup from the 2-0 win over Tottenham in Madrid three years ago, there will be at most three changes for Saturday’s final.

That is a testament to the strength and consistency of Klopp’s squad – but there is a chance two of those coming in, Konate and Thiago, could be among the most influential against Real.